A play in Bengali

Written and directed by Sudipta Bhawmik

During
the first quarter of the twentieth century, several freedom fighters of
India worked from their bases abroad. These revolutionaries were helped
by few local men and women who believed in their cause. Agnes Smedley
was one such radical woman who risked everything to help India achieve
its freedom from the British rule. But what did the Indians give her in
return? To catch a glimpse of an exciting time through the eyes of this
Friend of Freedom for India, come at watch the play Agnes to be
staged at the Edison Valley Playhouse, 2196 Oak Tree Road, Edison, NJ. 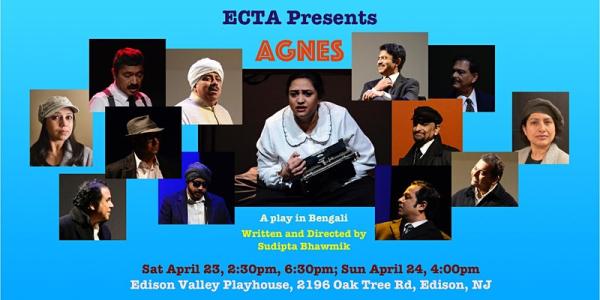