SHOWS ARE 21+ and ID must be provided at the door. All sales are final and refunds will not be given for any ID issues.

Located
right in the heart of historic downtown Boston, come get a taste of the
absolute BEST stand-up comics working today. These comedians are all
pros, many having had their comedy featured places like Comedy Central,
Funny or Die, Netflix, and more! Past performers include Michael Che,
Gary Gulman, Myq Kaplan, Rich Vos, Corinne Fisher, Alonzo Bodden, Liza
Treyger, Jeff Ross, Josh Gondelman, and Mark Normand. You never know who
will drop in.

Zahid Dewji is an East-African / Indian
comic based in Houston, TX. He was a finalist at Comcasts Trial By
Laughter & Cleveland Comedy Fest as well as a semifinalist in both
The Seattle International Comedy Competition & The San Francisco
Comedy Competition. Zahid has opened for great acts like Mark Normand,
Tom Segura, Mo Amer & Daniel Van Kirk. He has also toured
internationally and performed on over a dozen comedy festivals including
Oddball Comedy Fest, Come & Take It Comedy Takeover and Desi Comedy
Fest. 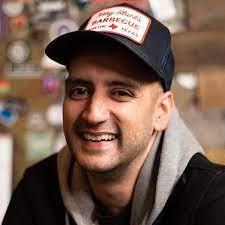