Music of India and Music of China Ensembles

Music of India and Music of China Ensembles

The Music of India Ensemble performances will include short
compositions of North Indian classical and semi-classical ragas
(harmonic modes) and talas (rhythmic patterns on tabla or drums).
Students of Rahul Neuman will play the sitar (a long-necked lute with
seven principal strings, plus 12 to 20 sympathetic strings) and the
students of Abhiman Kaushal will perform on the tabla. 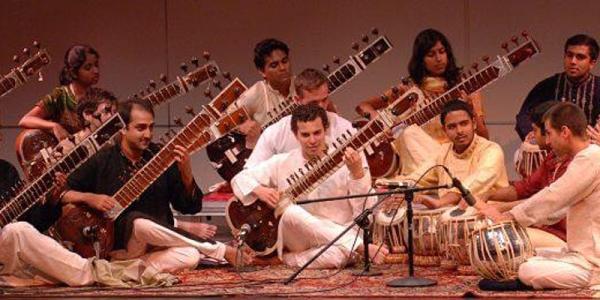